In part 1 – we discussed the advantages of transdermal drug delivery. Part 2 looked at ways to make molecules more efficient at skin penetration. Part 3 covered patch technology and ways to make transdermal access more efficient. In this final installment, we take a DEEP DIVE where more molecules modified for efficient passage and are partnered with powerful methods of delivery. The results suggest a synergistic effect.

Iontophoresis offers an opportunity to deliver medication without an injection. It is a transdermal drug delivery method that uses a small electric current applied to the skin to drive charged molecules through the skin. Iontophoresis takes molecules that are not easily absorbed by the body and offers a delivery route that is non-invasive nature, provides sustained uniform absorption, higher drug bioavailability, and an absence of systemic side effects1. 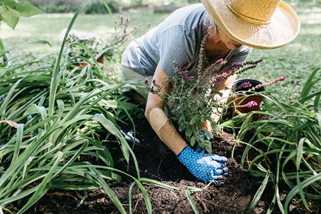 Advancements in technology have led to the development of single use, disposable iontophoresis patches.  These patches use a much lower operating current (0.1 – 0.5 mA) over a longer wear time and have been shown to deliver more medication with a lower with lower incidence of skin irritation than traditional ‘wired’ iontophoresis delivery2.  Iontophoresis patch technology allows patients to self-administer medication in a safely and efficiently that does not interfere with their individual lifestyle.

Although not a new concept, nano-emulsification is one way to enhance molecular permeation of the stratum corneum and impact potential bioavailability of lipophilic molecules.

In 2018, researchers from the University of Sao Paulo in Brazil investigated COMBINING nano-emulsification with iontophoresis to see if combining technology would compound the effect of each one. At this writing – this is the first study we are aware of where the combination of these two technologies are explored. The entire study can be found here.

Zinc Phthalocyanine, ZnPc, (log P = 6.4, 514 Da) is a promising drug for the treatment for the treatment of skin cancer. Not only does the ZnPc need to permeate the stratum corneum, to be effective – it needs to penetrate the tumor cells as well. When applied to the skin, the high oil/water partition coefficient of ZnPc prevents its permeation through the stratum corneum (SC) and into the epidermis and dermis (E+D) and penetration into the tumor cells.

Coarse oil in water emulsions are commonly used to administer lipophilic molecules. The researchers prepared an emulsion and a nano-emulsification for this study.  The aqueous outer phase and oily internal phase of ZnPc provided a higher solubilization capacity than a simple micellar dispersion and greater kintetic stability than a coarse emulsion. The nano-emulsion also had droplet sizes that were  ~70x smaller than emulsion droplets.

In vitro permeation studies of emulsion and nano-emulsions involved a porcine ear skin mounted in a Franz-type diffusion cell. Passive and active delivery (anodal iontophoresis) was carried out and results were measured.

Iontophoretic treatment with the nanoemulsion resulted in an increase of about 5-fold of ZnPc in the stratum corneum relative to the emulsion treatment, in the first 30 min.

After 60 minutes, iontophoresis of the nanoemulsion resulted in a decreased amount of ZnPc in both the SC and E+D relative to the 30 minute treatment. This decrease in concentration may be related to a greater permeation of the drug throughout the skin with iontophoresis. It is believed that the study design led to iontophoresis pushing the drug into the receptor medium, resulting in less drug quantification in the skin layers - at least while steady state is not achieved.

This study shows that iontophoresis may be coupled with nanoemulsification to induce a SYNERGESTIC permeation enhancement of drugs into/through the skin.

This is supported with the data that shows cationic (+) particles interact better with the skin than anionic (-) particles. Furthermore, negative charges at the stratum corneum favor electroosmotic flow from the anode to the cathode, contributing to the electric transport of the drug through the skin by anodic (positive pole) iontophoresis3,4.

This work suggests that when it is desirable for lipophilic molecules to penetrate the skin in a short or for a sustained period of time – the application of nano-emulsion driven with anodal iontophoresis could provide significant benefits. Stacking technology has very promising potential to take transdermal drug delivery two steps further.

What it means to have 'skin in the game'